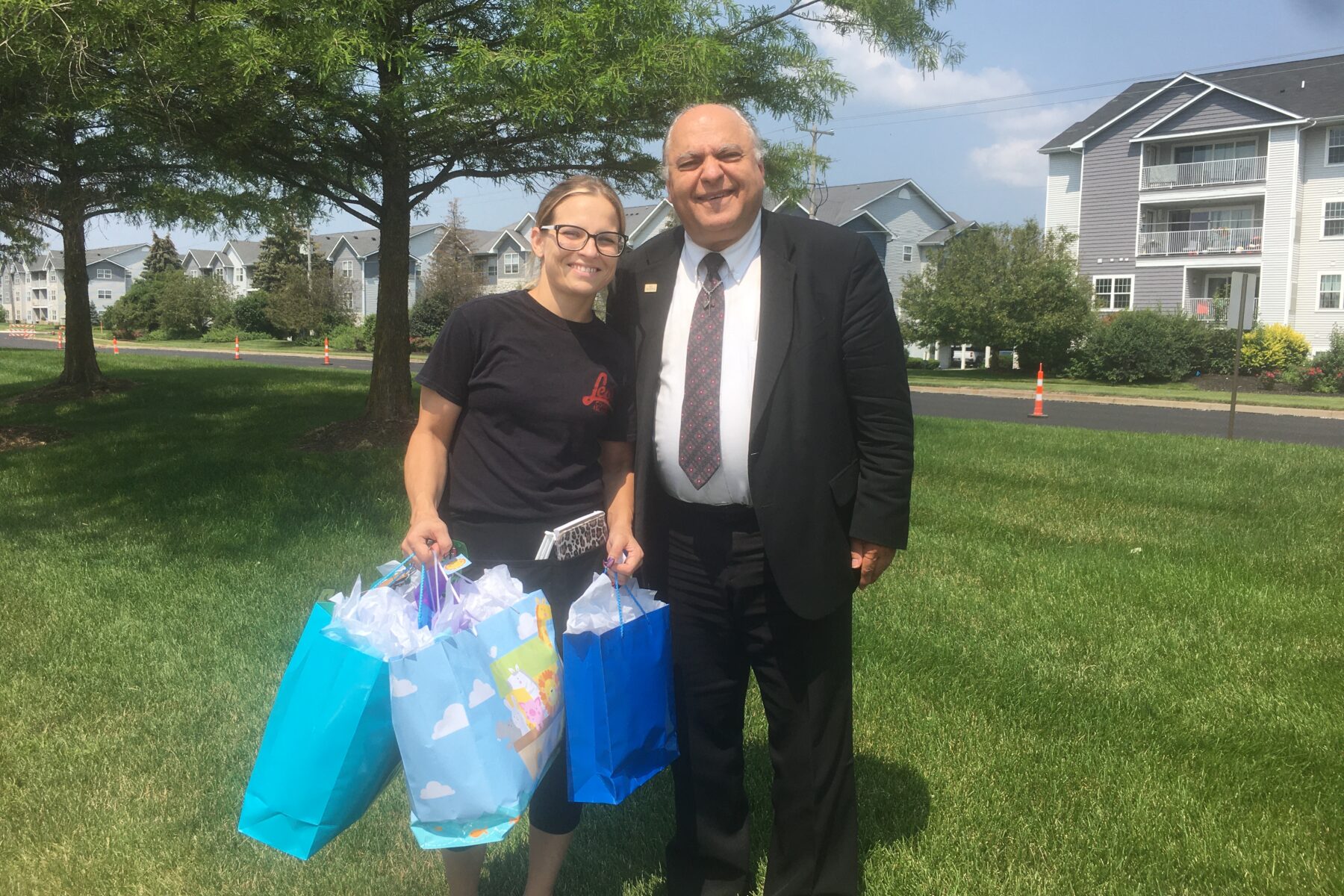 On June 17th, 2021, while at breakfast with David Allen Codie at Leo’s Coney Island in Fenton, Michigan, a waitress took us to our table. I told her she had a great smile under her mask. She was giggling and all of a sudden I realized that I knew her. Her name was Bailey. So, after eating breakfast with my brother-in-Christ, I went to the men’s room. When I arrived back to my table, David had left without my knowledge.

So I was getting ready to leave and the Holy Spirit told me that He wanted me to stay. It was because I needed to minister to another waitress that came up to my table when David Allen Codie was there. She told me with tears in her eyes that she was single mother with two daughters and did not know what to do. She told me her name was Erica and gave her phone number.

So I did not leave on the advice of the Holy Spirit and called the waitress named Bailey. I asked Bailey if she knew Erica. She told me they were friends and they worked together at Leo’s.

I asked Bailey if she could call Erika to my table and she did. When Erica came to my table, she still had tears in her eyes. So I asked her, if she were to die tonight, did she know where she would go?

Lord Jesus, I thank you for a personal faith and that you are the Son of God, and my Lord and my Savior. I believe that you died, you were buried, and you rose on the third day. And because I believe it, I am born again. As you receive me Jesus, I receive you. In Jesus Name Amen.

When she open her eyes. I told her, Erica, Today, salvation has come to you and your daughter’s home.

After approximately a week, I came back to Leo’s Restaurant in Fenton, Michigan and Erica was there. She thanked me and told me her testimony that her ex-boyfriend, the father of her daughter’s was communicating with her. They were beginning to reason together about building a family. I mentioned to her that if they decide to enter into a wedding covenant, that I would be honored to perform their wedding ceremony should she and her boyfriend agree to enter into a covenant of Holy Matrimony.

She then asked me, “Does our ministry Cities of Hope Ministries, do anything for birthdays[GVP1]  ?” Her two daughters JoAnne and Jaana had birthdays coming up. I said that I would look into it and consult the board of directors to see what they could do. But she needed to text me with their names and birth dates. She did and then after the board agreed, I delivered two birthday gifts for her daughters and gift for her that was a Bible from Cities of Hope Ministries.

As a ministry, we provide for the needs of many individuals and families.